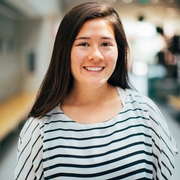 Arsenic (As) is an ubiquitous toxic element, and its contamination of groundwater and food imperils human health. Bacterial As metabolism and resistance plays an important role in the As biogeochemical cycle, making them an important consideration for bioremediation and risk assessment. Several proteins facilitate As biotransformation: arsenite oxidase (AioAB), dissimilatory arsenate reductase (ArrAB), cytoplasmic arsenate reductase (ArsC), arsenite methyltransferase (ArsM), and arsenite efflux pumps (ACR3, ArsB). Several of these enzymes evolved before the bacterial archaeal divergence, making them interesting from an evolutionary perspective.To investigate the diversity and abundance of arsenic-resistant genes (AsRG), the relative abundance of AsRG in soil microbiomes from the USA, Malaysia, Russia, Brazil, and Canada were obtained from MG-RAST and compared. A gene-targeted metagenome assembler, Xander, was used to assemble AsRG, their relative abundance were normalized to the single-copy gene rplB, and phylogenetic analysis was performed. Results from Xander gave each gene of interest a maximum percent identity of at least 96% and maximum assembled full length contigs for 6 genes of interest. Increased knowledge of the diversity of AsRG may have important evolutionary implications, and a more integrated understanding of the diversity and abundance of AsRG within soil communities sheds light on the potential impact of microbial communities on the As biogeochemical cycle and the risk to humans.