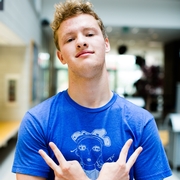 Accurate biological models are valuable bases of comparison for data collected by medical devices, such as MRIs or X-Rays. The research done this summer is part of an ongoing project to obtain an accurate model of anomalous diffusion within the brain. Initially, we studied different mechanisms of heat transfer phenomena, including diffusion, convection, radiation, and generation. We then carried out the mathematical modeling of general heat transfer, employing the Fourier law, and solved the heat equation using the Finite-Difference Method, which is first-order accurate in time and second-order accurate in space. We performed sensitivity analysis of different mechanisms of heat transfer to identify the most pronounced effects in the application of one dimensional conductors. By employing non-Fourier (fractional-order) flux laws, we were able to generalize the existing model to a both time- and space-fractional equation amenable for describing anomalous diffusion using fractional calculus. We also extended our numerical scheme to treat time- and space- fractional derivatives. Ultimately, we examined our computational model for studying anomalous diffusion in brain tissues, incorporating MRI data to verify accuracy. The broader impact of this summer research is to develop data-driven diagnostic tools for identifying anomalous activities, such as tumors, in the brain.